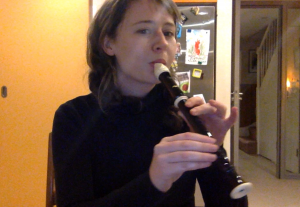 Rosie Carr’s films often consider the nuances technological developments have brought to our relationship with the (apparently) inanimate world around us, using the craft of storytelling and the deployment of psychedelic imagery and sound. After finishing her MA at the Slade School of Fine Art in 2017 she was selected for the inaugural Film London FLAMIN Fellowship. Recent exhibitions and screenings include The Whitstable Biennale, MIRA at Art Rio, and Selected VII 2017. Rosie is a member of Potato Band, a collaborative sound and performance project with artist Natalie Kynigopoulou.
rosiecarr.co.uk 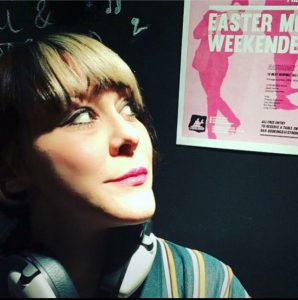 I grew up in Southampton and lived for twenty years in London. After studying drama, film and media, I worked in the commercial and nonprofit sectors, doing creative projects in sound, music, video, painting and sculpture in my free time. Having relocated to Margate, in 2019 art practice will come front and centre. My main interests are music and music culture, sound, psychogeography, psychotherapy, feminism and fairness, science and the occult. Although I don’t see making artwork as particularly separate from the rest of life. I’m a member of English Heretic, a multimedia project drawing inspiration from psychedelic folk, ritual, ethnographic and field recordings, electronica, film and literature. I’ll be doing a show on Radio Margate as Blenda Jaxxon. 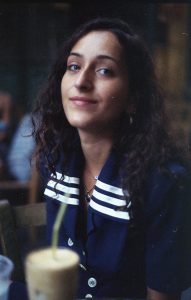 Emily Demetriou (b.1993 Nicosia, Cyprus) is a multidisciplinary artist/ curator, who’s work involves performance, writing, sound and video. Her research is focused on institutional critique, critical pedagogy, collectivism and radical happiness- trying to reach a more socially engaging, collaborative and participatory practice. Emily also works as part of duo collective Panicattack, with Turkish artist/curator Naz Balkaya, which was chosen as part of Bloomberg New Contemporaries 2018. Panicattack has been curating the series of performance happenings Razzmatazz since 2015, supporting and engaging with emerging and marginalised artists.
panicattack-duo.squarespace.com 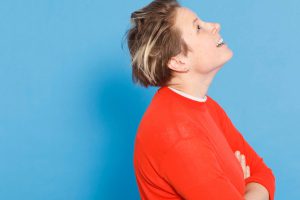 Elouise studied at Chelsea School of Art and Design focusing primarily in Performance Art, but since graduating in 2012 has been working as carpenter and metalworker in Theatre. Although specialising in set building her practice is diverse, creating furniture pieces, installations, automaton and puppetry. She has recently started a project called Lady Wood which aims to teach and encourage womxn in woodwork through videos and workshops. 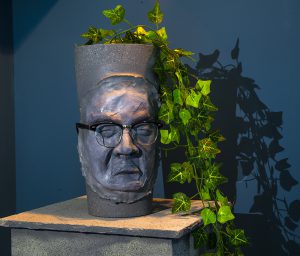 Rhona Foster is an artist working with film & video, sculpture and costumes. She is currently interested in developing fictional characters and narratives which she can use to explore and understand political and societal topics. Recent and current works explore themes of political polarisation, moral outrage in the digital age and ethical consumption.
www.rhonafoster.com 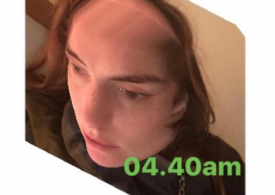 Over the past years, Laurene Gitton has been going back and forth between art and stage design practice, each contaminating the other. She has assisted different set designers on Broadway musicals produced at the Chatelet Musicals in Paris, and collaborated with musicians and designers during a residency at the Ateliers Medicis (France). She explores ideas of installations that re interpret cultural phenomenas, found objects, the internet, dreamworlds, to bring them into rum narratives. Her most recent, shown at the Geumcheon Seoul Art Space, was a video installation about the labyrinthine manufacturing heart, Euljiro, that exist in the center of the capital.
www.gitton.org 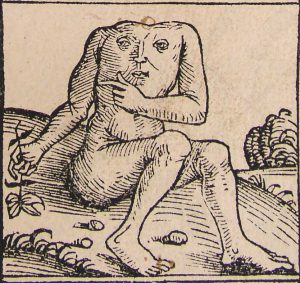 Holly Hunter’s work is research based with current focusses in ecology, queer embodiment, science fiction, murky waters and sneaky creatures. Using mythological, scientific and emotional knowledge she explores entangled realities through the mediums of film, writing, performance and workshops. She is committed to collaborative practices, non-hierarchical learning spaces and the importance of supportive community as a means of resistance. She facilitates a cross-disciplinary research group with a focus on multi-species entanglement and is a part of a queer squat collective based in London. 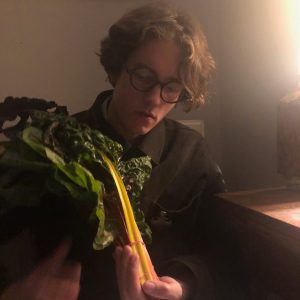 George lives and works in Ashford, Kent. He has recently shown work in Norwich which was titled ‘My Old RuneScape Account’. In the show was a large drawing depicting 1/3 of George’s current RuneScape bank account, as well as four large enthusiastically made paintings depicting his stats, prayers, current inventory and play time. He is currently working on a series titled ‘Different Swords for Different Stones’ which he hopes to complete some time in 2019. 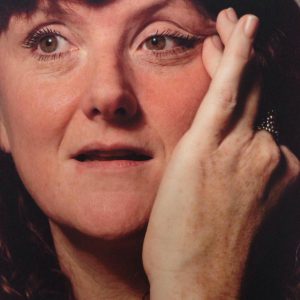 I describe myself as an artist that cooks a lot of food. To understand my background, I originally trained and worked as a chef in hotels and restaurants in the UK, Switzerland and Australia. Subsequently, I also became a food stylist and cookery writer. In between all of this, as a mature student, I studied a B.A in Fine Art at Central Saint Martins College of Art (University of the Arts London), where I specialised in photography, video and 4D art. My art practice combines all of the above, but critically investigates themes of food, seduction, desire and decay, alongside the notions of satisfaction and/or dissatisfaction, and the impossibility of ever being completely satiated or fulfilled. Now based in Margate, I regularly run supper clubs, which combine my love of food, art and performance. But I am also a community chef, working with different local community groups with the intention to inspire people to cook, and bring people together through food. 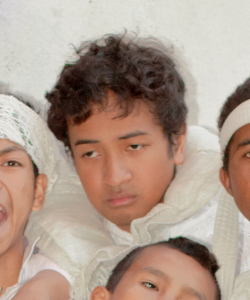 Harilay Rabenjamina was born in 1992. Through performance, film, music and photography, often combined in installations, he stages characters who declaim their existence. Human or not, these characters struggle with their artificiality –exposing their cultural, emotional and economical states. Embodied in 21st century digital media as well as in 19th century total artwork culture, the characters arouse the audience’s sentiments in an ultimate call for redemption. Since 2016, his work has been exhibited at Bazaar Compatible Program (Shanghai), Treize (Paris), Space 52 (Athens), Peach (Rotterdam) and Lafayette Anticipations (Paris). In 2017, his first solo show TRAG&DIE took place at Goswell Road in Paris. 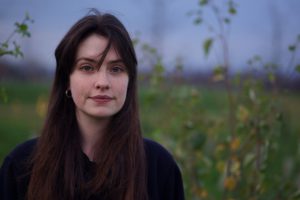 Bryony Rose primarily makes sculptures, most often in clay, and has worked collaboratively on projects that have included performance, large-scale sculpture and sound work. Her current areas of interest include: narrative devices in Gothic literature (in particular the haunted house), slipware pottery and local history. Bryony studied at Glasgow School of Art.
www.bryony-rose.com 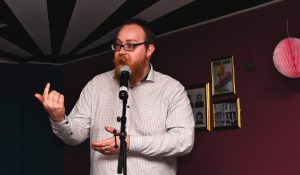 Connor Sansby is a poet, author, festival producer and editor-in-chief for Whisky & Beards Publishing. Since 2013, Connor has performed across the South of England, including Margate Soul Festival, Wise Words Festival and London’s Let’s Kill It. As a producer, Connor aims to create events and happenings that alienate elitists and encourage active engagement, weaving anarchism, stand-up and gamification through poetry, technology and video. His work touches on themes of cultural waste, depression and the uncomfortable in the everyday. His first collection of poetry, “Promise Me The Journey Back” was released in April 2018, and in 2018 he organised the Margate Festival Poetry Micro-Residency Scheme, placing seventeen poets around the festival with a vintage typewriter. 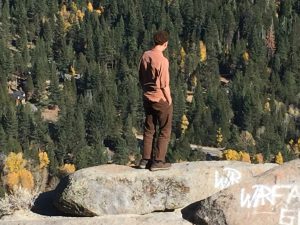 Jules Varnedoe is a research-based artist from Cornwall. Working across disciplines, their ecologically engaged practice often produces video, installation, writing, sculpture and live events featuring curated texts, objects and foods. Previous projects have included investigations into the relationship between quantum physics and mystic thought, the history of data networks amongst the Cornish landscape, the movement of non-native plant species through colonialism and trade, and the plasticy, viscous future of the world’s oceans. Recently they have been working on land based projects in the Americas and thinking about the entangled evolutions of agriculture and writing in ancient Mesopotamia, applied mycology as a method of microbial attunement, and using post-civilisational anarchism, permaculture, new materialist philosophy, and mythic-storytelling as tools for navigating turbulent times in more than human worlds.
julesvarnedoe.com