Emperor Qin’s Mausoleum: 4. The Architecture / The Ecosystem, part I 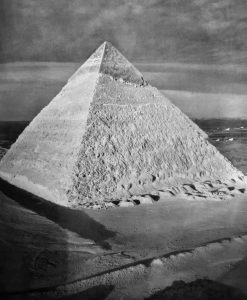 The Architecture / The Ecosystem, part I is the fourth in a series of 6 workshops, each lasting 2 days, as part of Emperor Qin’s Mausoleum. This is a collective project and curriculum led by artist Marguerite Humeau on the quest for eternal life. The project takes as a starting point China’s first Emperor Qin (259-210 BC) and the finely crafted and engineered mausoleum he commissioned for himself. In an attempt to ‘re-humanise humanity’, Marguerite Humeau has gathered experts from the fields of architecture, botany, embalming and sound to work with us over 6 workshops.

Session 4: The Architecture / The Ecosystem, part I

Humanity is striving to improve and, in the process, is removing vital things that make us human. In response to this phenomenon, five forces – shame, empathy, in/sanity, dysfunction and touch – have been embodied. Under the guidance of architect Owen Watson, we will work towards sealing the project’s framework and making material sense of the forces, where they belong and where they should be buried for posterity.

Read more about the overall project and future sessions here.