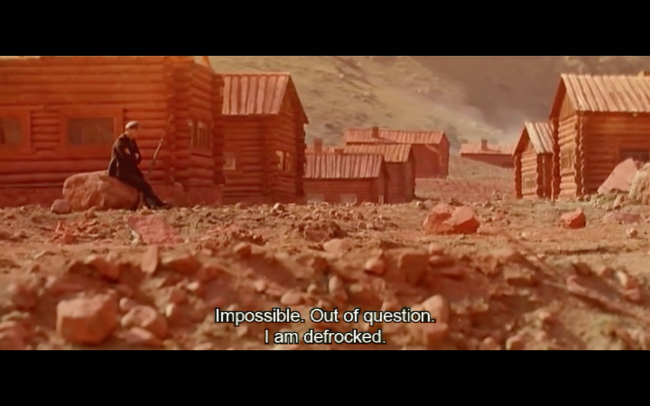 In league with the work of Wojciech Jerzy Has, Sergei Parajanov, and Ken Russell, but better: the last film made by Ivanov, at age 70, and the only film made by Shiffers. Towing the party line by honouring Lenin’s legacy whilst ultimately superseding it: this is pure iconography, the biggest splash of 1960s pizazz as political propaganda piece. The commune as occupation of exiled lands by selfless people, the chapters off-biblical: piano, oath, man and wife. Most significantly, perhaps, is the visual language with which the film labours: colour is loud, perspective endless… future? Certain.

Can a nation be free if it oppresses other nations? It cannot.

Click here to see a clip. This screening, in association with purge.xxx, launches the second Liberated Film Catalogue, introducing and distributing lost, banned and otherwise commercially unavailable films to a critical mass. Russian Pioneers will be introduced by maker and curator, Schtinter.