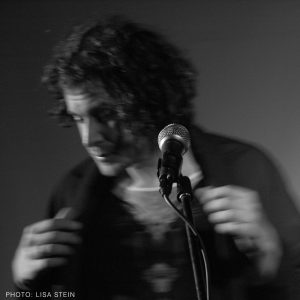 Dr Clair Le Couteur (they/them) is a non-binary research artist, educator and folk singer whose work explores voice and the fictive. Clair makes transmedia performance assemblages, entangling fact and fiction, research and creation, tradition and contemporaneity. These can take the form of objects, lecture performances, museum installations, academic publications, fictions or musical compositions. Clair is one half of live art duo Lunatraktors; they have performed in venues including the V&A Museum, the Turner Contemporary, the Aldeburgh Festival, the Royal College of Art and the Horse Hospital. 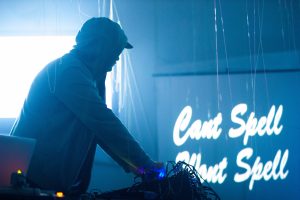 Benedict Drew lives and works in Whitstable and Margate, UK. He works across video, sculpture, music and their associated technologies. He creates large-scale installations, often concerned with ecstatic responses to socio-political anxiety.

Solo exhibitions include TRAPPED IN A STICKY SHED WITH SIDE CHAIN COMPRESSION, iMT Gallery, London; The Trickle-Down Syndrome, Whitechapel Gallery, London; KAPUT, QUAD Gallery, Derby; Walker Gallery, Liverpool; THE ANTI ECSTATIC MACHINES and Heads May Roll, Matt’s Gallery, London. Drew’s work has been exhibited internationally including at Adelaide Festival, Australia; Lofoten International Arts Festival, Norway; and in Hayward Touring exhibitions British Art Show 8 and Shonky: The Aesthetics of Awkwardness. He has been commissioned to create video works for public spaces including Art on the Underground, London and Focal Point Gallery, Southend, and his installation KAPUT (2015) was acquired by the Arts Council Collection. Drew has released several records, including Crawling Through Tory Slime (MANA Records) and The Ughhh Ballads (Bloxham Tapes) and regularly collaborates with other artists and musicians. He is a lecturer in Fine Art at Slade School of Fine Art and is represented by Matt’s Gallery, London. 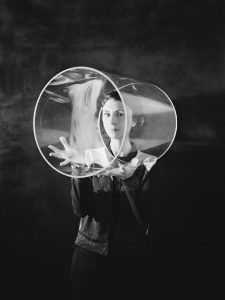 Marguerite Humeau (b. 1986, FR) lives and works in London, UK. Her work stages the crossing of great distances in time and space, transitions between animal and mineral, and encounters between personal desires and natural forces. The work explores the possibility of communication between worlds and the means by which knowledge is generated in the absence of evidence or through the impossibility of reaching the object of investigation. Humeau weaves factual events into speculative narratives, therefore enabling unknown, invisible, extinct forms of life to erupt in grandiose splendour. Combining prehistory, occult biology and science fiction in a disconcerting spectacle – the works resuscitate the past, conflate subterranean and subcutaneous, all the while updating the quest genre for the information age. 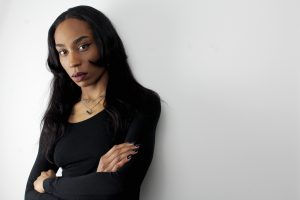 Nkisi is the pseudonym of Melika Ngombe Kolongo, whose activities as a producer, live musician, DJ and curator are channels for an ongoing inquiry into sound as a tool of communication beyond the purely lingual. Musically, this manifests in a captivating cross-talk of African rhythms, uncompromising European hard dance tropes, foreboding synth melodies and a relentless, galvanising energy, as heard on the ‘7 Directions’ LP on Lee Gamble’s UIQ label and harnessed for her increasingly kinetic live performances and DJ sets. 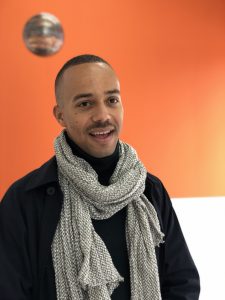 Paul Maheke (b. 1985, Brive-la-Gaillarde, France) lives and works in London, UK. He completed an MA in Art Practice from ENSAP Cergy (2011) and was an Open School East Associate in 2015. With a focus on dance and through a varied and often collaborative body of work comprising performance, installation, sound and video, Maheke considers the potential of the body as an archive in order to examine how memory and identity are formed and constituted.

Maheke’s works have been performed and exhibited at Tate Modern, London (2017), the David Roberts Art Foundation, London, the 57th Venice Biennale (Diaspora Pavilion, 2017), Centre Pompidou in Paris (2018), Lafayette Anticipations, Paris (2018), the Baltic Triennial, Tallinn (2018), Manifesta 12, Palermo (2018), and the 6th Rennes Biennale (2018). In 2018 the Chisenhale Gallery, London presented a solo exhibition which travelled to Vleeshal CCA in Middelburg. In 2019 his performances were presented at the 58th Venice Biennale, the ICA Miami, and Triangle France in Marseille. He is nominated for the Fondation Ricard Prize 2019. 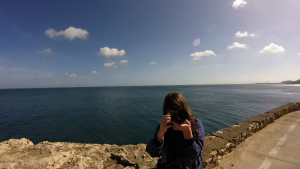 Sophie Mallett is an artist and filmmaker working in London. Her work concentrates on how financial, architectural and social worlds are constructed and controlled, and in turn affect our ability to co-exist. Using video, text, installation and sound she pursues a practice at the intersection of affect, politics and value. Through close attention she acknowledges clandestine societal norms, complicity and dysfunctional ethics.

Mallett’s practice is informed by previous work in documentary, sound and radio and often takes form in short video works. These are usually presented as installation, through multiple screens, with an unusual sonic environment. Educated at Open School East (2015), London College of Communication and Sydney Conservatorium of Music, Mallett’s practice is both interdisciplinary and collaborative, with a reflexive emphasis on how individuals work together. 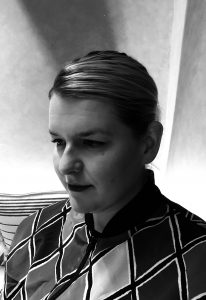 Sarah McCrory is currently the Director of Goldsmiths Centre for Contemporary Art.  Prior to this she was Director of Glasgow International (2012–2016), Curator of Frieze Projects and Film (2009–2012), and curated a program of major public commissions as part of the London 2012 Olympic Festival. McCrory was previously co-curator of the not-for-profit organisation Studio Voltaire, London, and the curator of project spaces Arts & Jobs and Swallow Street, London. For three years McCrory was curator of self-publishing fair Publish and Be Damned and was a Director of Vilma Gold, London. Sarah is also a co-founder of Open School East and presently a Trustee. 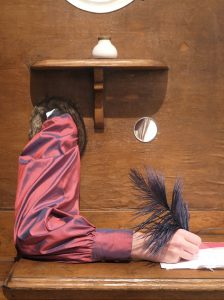 Sally O’Reilly writes for performance, page and video. Recent projects include the novella The Ambivalents (Cabinet, New York, 2017), the novel Crude (Eros Press, 2016) and the libretto for the opera The Virtues of Things (Royal Opera, Aldeburgh Music, Opera North, 2015). She was writer in residence at the Whitechapel Art Gallery (2010–11) and at Modern Art Oxford (2016), producer and co-writer of The Last of the Red Wine (ICA, London, 2011), a radio sitcom set in the art world, and co-editor of Implicasphere (2003–8), an interdisciplinary broadsheet. She has also performed her own solo and collaborative works internationally in galleries, museums, festivals and biennales. 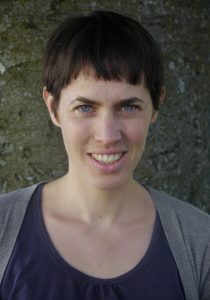 Trish Scott is an artist, curator and researcher. Collaborating experimentally with others her work explores participatory structures and the dynamics underpinning knowledge production. Trish is Engagement Curator at Goldsmiths CCA and was previously a Curator for intergenerational learning at Tate. Between 2015–18 Trish was Research Curator at Turner Contemporary where she developed ‘Journeys with The Waste Land’, a major exhibition co-curated with members of the local community underpinned by a unique collaborative methodology. As an artist Trish has worked with organisations ranging from the Koestler Trust, to the Whitstable Biennale to Tate. Trish has a BSc in Social Anthropology from the London School of Economics, and an MA and PhD in Fine Art from the University of the Arts, London, completing her thesis ‘Socialising the archive’ in 2017. 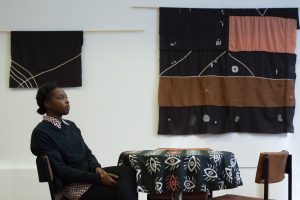 Yemi Awosile is a designer living and working in London. She teaches on the design (graphic, textile and fashion) module of the YAP. Her recent projects include collaborations with the De La Warr Pavilion, Tent Rotterdam, Tate Gallery, Contemporary And (C&) magazine, Design Museum, ICA, Crafts Council, and British Council. She trained as a textile designer at the Royal College of Art and Chelsea College of Art. She has taught textile design for a number of years at Loughborough University in the School of the Arts and worked as an artist educator in museums and art organisations. Yemi is an alumnus of Open School East (2013–14).

James Binning and Adam Willis are both founding members of the award-winning design collective Assemble, an interdisciplinary collective practice whose work is focused on the cultural use and physical form of our environment. They are teaching on the design module of the YAP. 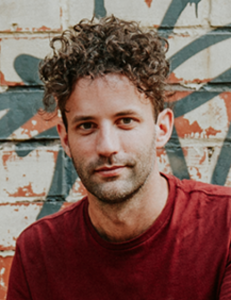 James has worked on a number of public, cultural, institutional, furniture and installation projects with a range of lifespans and across a range of scales alongside teaching at The Cass School of Art and Design in London. 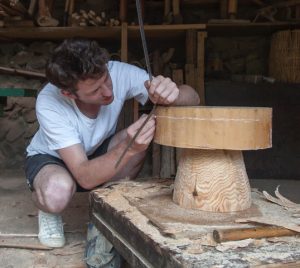 Adam Willis has worked on the production of ceramic tableware, to the construction of a temporary cinema to, most recently, the design of a new public art gallery for Goldsmiths University.  Adam has previously taught Architecture at the University of East London, and has been an invited critic at schools across the UK and Europe, from the University of Cambridge to ETH Zurich. 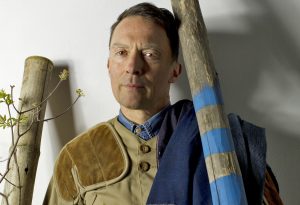 Adam Chodzko (teaching on the film module of the YAP) lives in Whitstable, Kent. Adam is an artist working across media, exploring our conscious and unconscious behaviours, social relations and collective imaginations through artworks that are propositions for alternative forms of ‘social media’. Exhibiting work nationally and internationally his work speculates how, through the visual, we might best connect with others. 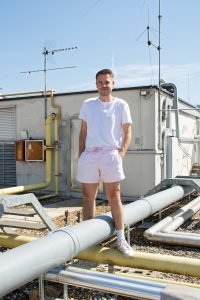 Nicolas Deshayes (teaching on the sculpture module of the YAP) is an artist living and working in Dover, Kent. He makes sculpture from a wide range of industrial processes and materials such as cast iron, factory ceramics and vitreous enamel. Drawing on the history and temperature of these processes he explores the relationship between industrialisation and the human body, by pitting materials that are usually used for sanitation, medical or civic situations against the malleability of being human. 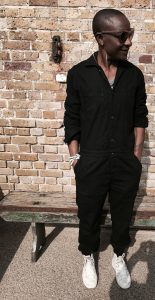 Cynthia Lawrence-John (teaching on the design module of the YAP) has lived in Thanet for 3 years. She began her career as a photographer, shooting documentary and fashion portraits as well as creating photographic installations based around race and gender issues. Her work has appeared in group shows in the UK, Germany and Belgium. Cynthia’s career has spanned many genres and areas including fashion, music and film, working as both a practitioner and commissioner of projects, she has always been particularly passionate about mentoring young women, particularly those who feel marginalised and unrepresented.

Over the past 20 years and still to date , Cynthia has worked mainly as a fashion stylist/creative director–collaborating with photographers and film makers–utilising fashion as a means to tell stories and evoke social and political dialogues. 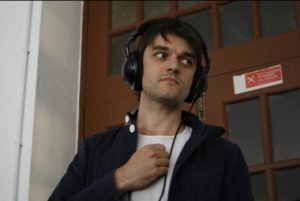 Dan Scott (teaching on the sound, music and radio production module of the YAP) is an artist and musician based in Margate. He works across installation, performance, sound and socially-engaged practice and has shared his work at Tate Modern, De La Warr Pavilion, Turner Contemporary, Venice Agendas and Whistable Bienalle, amongst others.  He has recently completed a PhD at the University of the Arts in London on the practices of listening within contemporary art. 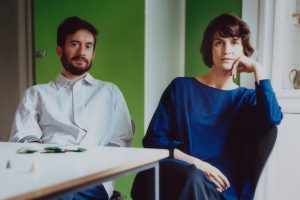 Kellenberger–White (teaching on the design module of the YAP) is a London-based graphic design studio with an international reputation for context-specific design schemes that combine bespoke typography, craft techniques and digital technologies. For ten years, the studio has developed visual languages that are responsive and process-led – from books, websites and printed matter to branding, wayfinding and exhibitions. Eva Kellenberger and Sebastian White began their creative partnership while studying at the Royal College of Art. They have been invited to exhibit and talk around the world, and their work is held in public collections in Europe. Kellenberger–White’s identity for the Glasgow International arts festival was shortlisted by the Design Museum for Designs of the Year 2015. Awards include the Swiss Federal Office of Culture, Most Beautiful Swiss Books 2016. In 2018, the studio’s ‘Alphabet’ installation was headline project for the London Design Festival.