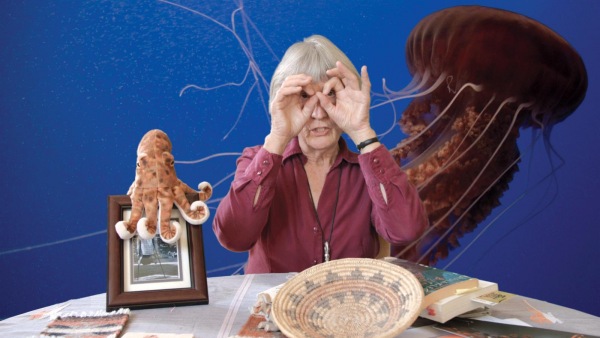 Donna Haraway is a prominent scholar, a vivid and unique thinker in the field of science and technology, a feminist, and a writer whose work bridges science and fiction. Well known since the 1980s for her work on gender, identity and technology, Haraway has stimulated a blooming discourse on trans-species feminism. A gifted storyteller who paints pictures of a rebellious and hopeful universe populated with critters and futuristic trans-species in an era of disaster, Haraway provokes new ways of reconfiguring our relation to the Earth and all its inhabitants.

Brussels-based filmmaker Fabrizio Terranova visited Haraway in her home in California, spending two weeks in her company to produce this unconventional film portrait. Terranova’s approach allowed Haraway to speak in her own environment while using attractive staging that emphasized the playful and cerebral sensitivity of the scientist. The result is a rare and candid portrait of one of the most daring and original thinkers of our time