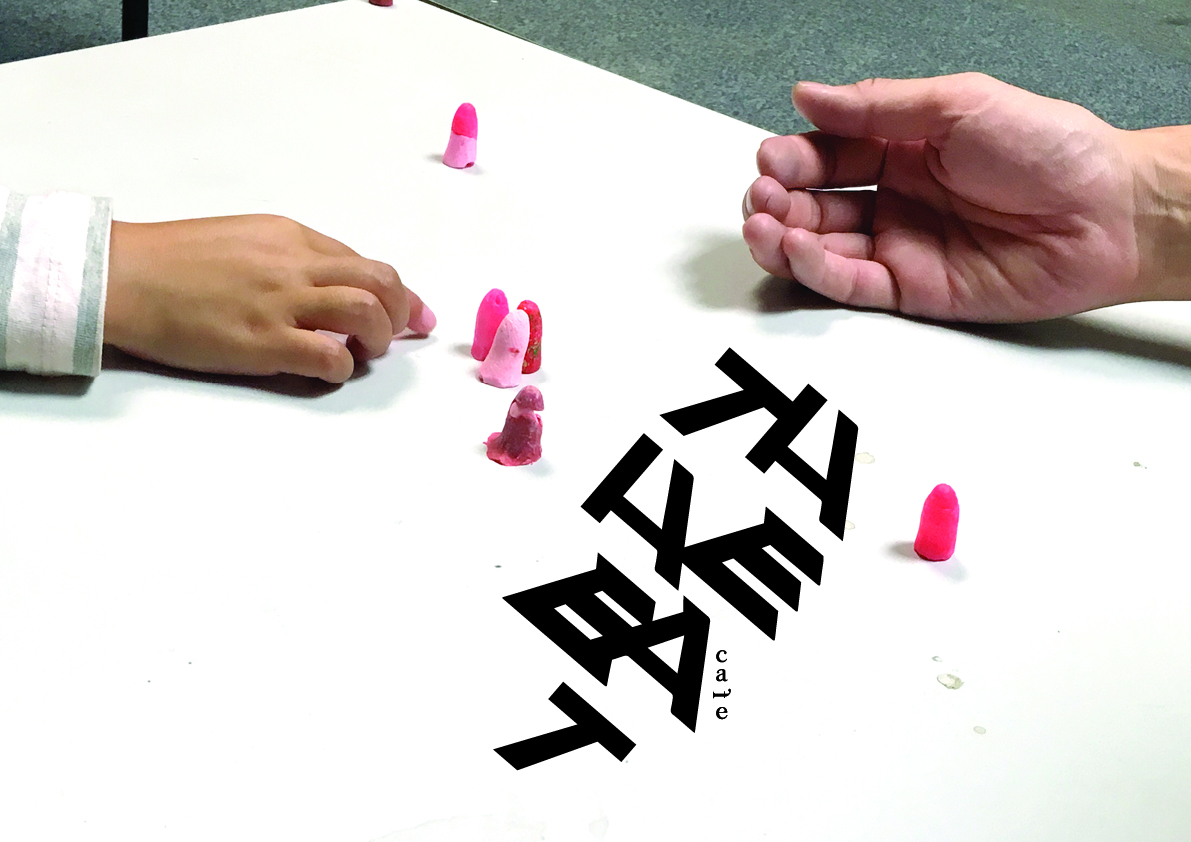 ‘I’m going to miss the last train’, I complained, as we headed further into the darkness, away from the rumble of the last midnight train return heading for the south. ‘Don’t worry about it’, she mumbled, pointing to a tall hedge that ran along the wall of a nearby house, ‘I’ve slept back there a couple times… Besides, we’re almost there, and we can hang out and listen to music all night. Unless it’s closed…’ We stopped in front of a large door at the back of this Brutalist building. She rang the bell and a few seconds later someone came. We climbed the steps and entered a small dark room passing through a strange curtain that echoed the sound of rain behind us. She explained to me that it was made of remnants of a long gone industry of clay pipe manufacturers, the waste of another century dredged from the banks of the river Thames. The large windows were completely pasted over by strange inked plastic. As my eyes adjusted to the darkness I could discern some multi-coloured stains. She whispered my name to a shadowed girl in the corner, pointed to a rug made of packing fabric, grinned, and nodded her acceptance of the unspoken offer of drinks.

In the heat, high frequencies vibrate my ears and the speakers that transmit them; the singing voice of Catherine Deneuve punctuates the air, still hot with potency. I see a woman’s lips move, tense and form shapes, creating words not known to my ears, I watch as she blinks and gasps. A ring. I grabbed one of the stains, it was soft, I pushed the wax inside my ear. My breath travelled up through my nose, down my throat and into my lungs, circulating and dispersing the oxygen into my bloodstream. I suddenly felt my tongue. Keep breathing. She mouthed to me. ‘Can you hear differently now?’

Eve Chabanon and Anneke Kampman (currently associate artists at Open School East) have created a listening and performance space in Studio 13, inspired by Japanese Kissaten (often shortened to Kissa and meaning, loosely, ‘coffeehouse’). They will use this space as a way to think about the circulation of sounds, words and objects, re-assessing how value is given or denied, and asking who sets the cost?

7pm – “The Disk”, a performance by Eve Chabanon & Anneke Kampman.

7pm – performance by Eve Chabanon & Anneke Kampman at the Archive Gallery for Joceline Roux’s show “When I Began to Speak”.

3pm – “What do you hear?”, listening club by Anneke Kampman.