The Multitude, the Metropolis (and the Mayor) 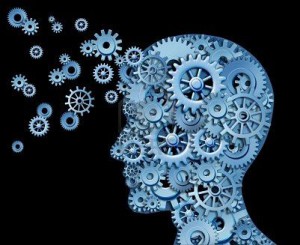 Since around 2000, there’s been growing interest in the English-speaking world in a particular strain of radical Italian thought. This ‘autonomist’ tradition believes in the creative, dynamic capacities of workers of all kinds, from factory workers to software engineers, and wants to liberate the creative power of ‘the multitude’ from capitalist control. Political activists, from the anti-capitalists of the early 2000s to the grassroots radicals who have recently taken over Barcelona’s city government, have drawn much inspiration from their ideas.

Thinkers such as Hardt & Negri and Lazzarato offer very interesting ways of thinking about the rise of the ‘creative economy’, about how social media platforms generate profits from our everyday communications, and about why cities are so often hotbeds of radicalism and innovation. These ideas have always emerged from innovative programmes of concrete social research and active struggle. For example, Maurizio Lazzarato’s book Experimental Politics, which Jeremy has edited the forthcoming English translation of, is inspired by the struggles of casual workers in the French entertainment industry to defend and democratise their unique system of unemployment protection. We’ll discuss their contributions to progressive thought and their political relevance.

Two days before the London Mayoral election, we’ll also think about what potential there might be for Londoners to take back our own city from the clutches of the oligarchs and the Corporation of London. The second half of this session will be a discussion with Amina Gichinga and Jacob Mukherjee of Take Back the City. Take Back the City is an organisation and a new political party campaigning for a grassroots democratic politics in London, and Amina is standing as a candidate for the Greater London Authority in this year’s election. This will be a great chance to discuss the connections between urgent social issues, radical ideas, and experimental politics.